Uganda is a landlocked country in eastern Africa, bordered by southern Sudan to the north, Kenya to the east, Tanzania to the south, Rwanda to the southwest, and the Democratic Republic of the Congo to the west. The borders with Kenya and Tanzania partly run through Lake Victoria. In 1962 Uganda became independent from the United Kingdom. 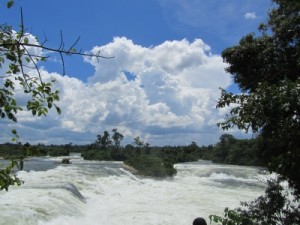 The official languages ​​in Uganda are English and Swahili. In total, 43 different languages ​​are spoken in Uganda, in the region of our school Luganda. Uganda is characterized by lakes, the White Nile (here Victoria Nile and Albert Nile), primeval forests and savannahs. In the south of the country runs the equator.
The climate in Uganda is tropical-warm, but has cooled down considerably due to the altitude. That's why it's neither overly hot nor particularly cold. The temperatures vary between 25 ° C and 30 ° C during the day, at night it is usually around 17 ° C. 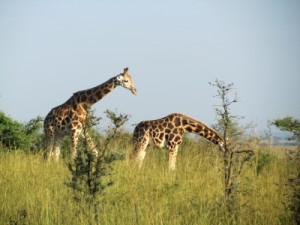 Uganda has a very rich flora. The savannah of East Africa passes into the rainforest of Central Africa, which has a positive effect on the biodiversity of plants and animals. The original fauna is best preserved in the national parks. The two main nature reserves include Queen Elisabeth National Park and Murchison Falls National Park.
Murchison Falls National Park got its name from the Nile's spectacular waterfall where Nile crocodiles and hippos live. A special feature of this protected area is the rare Uganda giraffe (also: Rotschild giraffe). In Uganda more than 40 peoples live together, each with their own languages, cultures and customs, and in some cases their own religions. 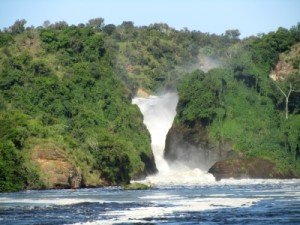 Around 85% of Uganda's total population is Christian. Over 12% of Ugandans are mostly Sunni Muslims. About 1% of the population are followers of traditional African religions. Uganda, apart from the capital and city of Kampala, is more characterized by smaller cities.

When former British Prime Minister Winston Churchill toured Uganda in 1907, he called the country on the Equator the "Pearl of Africa". The land on Lake Victoria offers a breathtaking landscape, a very interesting wildlife and a very pleasant climate. The land is so fertile that up to four crops a year are possible. 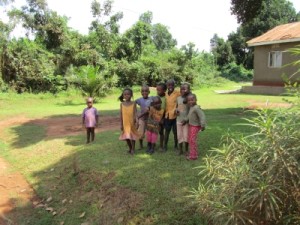 But there is also a bloody chapter in the history of Uganda. Shortly after independence from Britain (1962), the government under Milton Obote began to dictate and to go on a socialist course.
The actually bloody time of Uganda begins in 1971 with the coup of the then Chief of Staff Idi Amin. The illiterate set up a brutal regime in which intellectuals disappeared overnight, razed the villages that were majority-owned by the old president. Only the invasion of Tanzanian troops together with Ugandan resistance fighters in 1979 liberated the country from the "butcher of Africa". 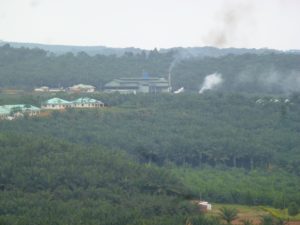 But former President Obote, who had returned from exile, for his part set up a cartoon that led to a further decline of the economy. Only in 1986, when the capital Kampala was taken by opposition forces under the leadership of today's President Museveni, the tide began to turn. Until 1990, the fighting continued in the district of Nakaseke. In northern Uganda, the armed conflicts continued until the ceasefire agreement of February 2008. Since then, Uganda has experienced democratization and economic recovery.
This progress was in several stages. Shortly after Museveni's seizure of power, the one-party system was introduced. Museveni did not tolerate any opposition parties on the grounds that they were aggravating the country's many ethnic conflicts, thereby obstructing peaceful development in Uganda. A small group of people shared power over the state and the institutions. Corruption and nepotism are the usual side effects of such a power elite. Since 2006 there is the multiparty system. The elections in January 2011 (68.4%) and January 2016 (60.6%) were won by him again.